Landsat 9: Continuation or Stagnation of the Landsat Programme?

The recent announcement of the Landsat 9 project marks the continuation of the Landsat mission – the longest running earth observation programme beginning in 1972. But a lack of implementable advancements leaves us questioning the purpose of the endeavour.

With an expected launch in 2020, Landsat 9 aims to last until at least 2025. Technically, Landsat 9 is near-identical to Landsat 8, though the Thermal Infrared Sensor has received a slight redesign to address the striping (ghost artefacts) which occurred in the infra-red bands (10 and 11), whilst the increased construction time means the sensor is expected to last for at least 5 years (compared to the Landsat 8’s 3-year design life).

The announcement is met with mixed sentiment; as a user of Landsat, I am pleased that the programme will continue (particularly given the current scientific climate in the US), with undoubtable use to many organisations which rely on Landsat imagery. However, the relative lack of technological advancement is a bit of a let-down.

To explain why, let me turn our attention to NASA’s EO-1 (Earth Observing-1) satellite. Launched in 2000, the satellite’s primary mission was to test technological advancements, namely the Hyperion hyperspectral imager. As the name implies, the sensor is hyperspectral, imaging 220 bands at a 30m resolution. 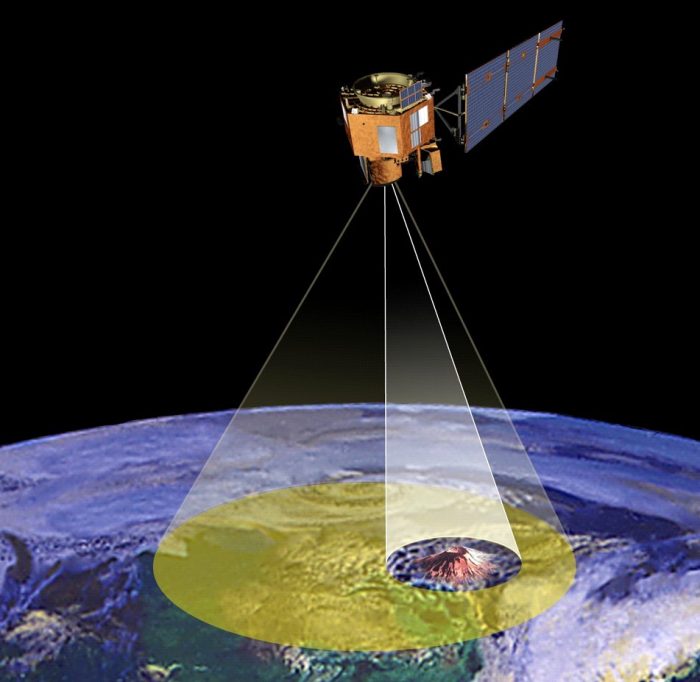 The more bands the better?

Improved spectral resolution (both in terms of number of bands and bandwidth sensitivity) is particularly important for land cover differentiation. Taking a particularly difficult subsection to discriminate between (coniferous cover, broadleaf, and other land covers), Puletti et al. 2016 achieved overall classification accuracy of 96.4% utilising EO-1 data compared to 71.3% for Landsat 8. Whilst 220 bands might seem like over-kill, the beauty of having so many bands available is just that: they are available to use. Given the sheer amount of data and processing power required, not all bands are nor should necessarily be used; methods are already being employed to identify the most relevant bands for land cover differentiation (Puletti et al. for example use common multivariate data techniques to identify the 50 most optimal bands). That said, the rise of online computation such as through Google EarthEngine or Amazon Web Services (AWS) is enabling manipulation and analysis of such huge datasets. Conveniently, both Google and Amazon are existing data partners of many earth observation programmes.

Despite the success of EO-1 (which collected data for a decade, despite a design life of just 1 year), the technology has curiously not adopted. However, plans do exist for hyperspectral imagers including the German Environmental Mapping and Analysis Program (EnMAP) scheduled for launch in 2018 (244 bands, 30m resolution, believed to be freely available though lacks full worldwide coverage), the USGS’ HyspIRI (expected launch ≥2022, 212 bands, 60m resolution though was initially aimed to be 45m resolution, global coverage. Availability unknown) and the HISUI sensor on ALOS-3 (expected launch ≥2019, 185 bands, 30m resolution with an additional 5m resolution multi-spectral imager. Availability unknown but typically have a data-sharing agreement with ESA). Given the technology already exists, it is curious that the technology is not being adopted on one of the USGS’ flagship Earth Observation programmes.

Meanwhile in European space arena, the Sentinel-2 satellite “constellation” is up and running. Essentially a 15m resolution (8m panchromatic) version of the Landsat satellite (except with a higher revisit time), the satellite really prompts questions as to whether the USGS’ efforts would be better spent on another venture. Even if only using 30m resolution from such 15m imagery (i.e. one in every 4 pixels), land-use classifications would be more accurate due to decreased likelihood of mixed land-use pixels. Though certain considerations would have to be made when conducting historic time-series analysis, this would be outweighed by the benefits of more accurate future remote sensing. 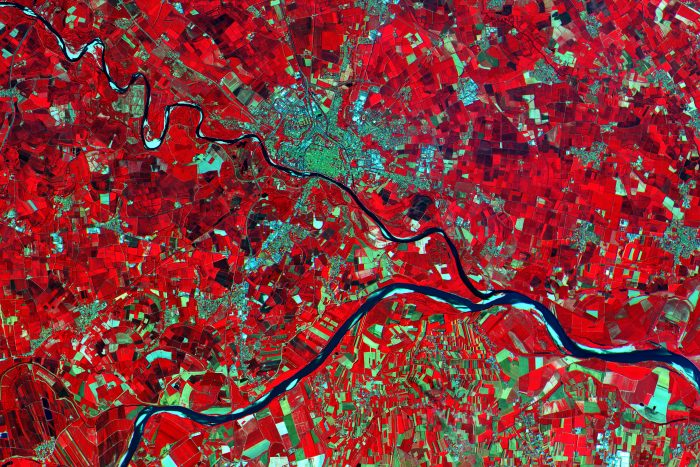 So where does the Landsat programme fit in? Would it make any difference if the programme was abolished altogether?

I believe it would make a difference if the Landsat programme was abolished. A substantial scientific community has built up following the Landsat mission, with an immeasurable wealth of understanding, processing techniques and analytical tools. Beyond this, benefits are less tangible. From a redundancy perspective, it is highly unlikely both (or indeed all six if including the already pre-committed next four Sentinel-2 satellites) are likely to be knocked out, nor to rescind the open access currently offer. Landsat missions have undergone step changes between [every few] generations, both in terms of spatial and spectral resolution, making arguments for using the previous technology from a consistency perspective questionable. Though Landsat’s 30m resolution has been the standard since 1982, the USGS could offer a 30m version of the project, already offering a myriad of Landsat-derived products including vegetation indices, atmospherically corrected data and selectable data formats. With the rise of other data partners, the USGS could arguably not even need to offer such a (pre-)processing service themselves.

In retaining a 30m resolution, the USGS are making a statement of what they believe the general focus of researchers and organisations who use Landsat data is – larger scale remote sensing. For those with a finer focus (e.g. anyone investigating cities, those in more heterogeneous land-use types – as is typical in many densely populated areas such as throughout Europe), Sentinel-2 will remain the best freely-available option, with ESA committing to the programme with 4 further satellites in the mid and late-2020s.

Are there other reasons inhibiting Landsat advancement?

Those astute may note there are a few potential elephants in the room which I have not addressed. Returning to EO-1, the mission was more specifically designed to test new satellite technology which commercial enterprises might deem too risky to invest in. As government departments or heavily dependent upon public financing, space agencies have been fearful of encroaching on the territory of the private sector. However, in being overly sensitive to commercial interests, we run the risk of inhibiting genuine progression in the form of knowledge for science, government agencies and the public more generally.

As an afterthought, perhaps there are other more covert reasons for the lack of engagement in hyperspectral and/or high resolution citizen EO products, such as from a security perspective. As with all satellite imagery, such advancements would have military applications such as through detecting hidden structures or vehicles, which may be detrimental to national interests (http://www.popsci.com/china-to-launch-worlds-most-powerful-hyperspectral-satellite#page-6). The free availability of high-resolution true-colour imagery via Google Earth (granted, this is not the raw data itself) and pre-existing “blackout” areas however hinders the argument that higher resolution or spectral data is intrinsically a risk.

I am hugely appreciative for the availability of Landsat data, which has truly been a ground-breaking evolution enabling stepwise changes in our understanding of the environment. However, I believe that if such hyperspectral and/or high resolution technology is very much within our ability, we should take the chance to provide future research with the ability to gain the best possible understanding of the environment which we have at our disposal. With US-scientific ventures presently under threat, if funding is an issue, I would deem it better to save the money up for a future date when a Landsat 6 or 7 post-SLC issue occur with the Sentinel series or investing in a higher resolution altimeter satellite.

We use cookies to ensure the best website experience. If you continue to use this site we will assume you are happy with this.Ok